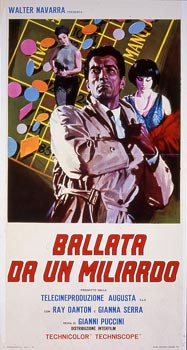 "Big Smile", an important gangster, is nursing a deep wound. He is disappointed in his son, Joe. He sees that his boy, already thirty, has never accomplished anything bad. He hasn't even been arrested by the police! So he sends the young man to the family homegrounds in Italy to learn a thing or two. In Italy, "Joe" and his gang plan to rob a casinò. While his colleagues are breaking into the safe, he - in another part of the building - is gambling. He "breaks" the bank with his good luck, thus making the cracking of the safe useless. A lot of hard work has been in vain as he has already emptied it.