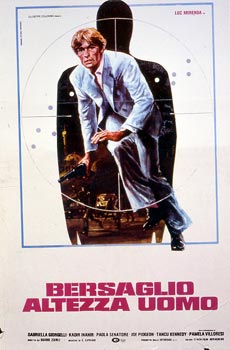 Inspector Keaton of Interpol, who is on a mission in Istambul, manages to upset one of the biggest bosses who deals in drugs, whole business. The boss, in order to get rid of Keaton, first has his mother killed and then his wife kidnapped and raped. Keaton, who is a hard man, is still at his heels, so the boss calls in an expert killer named Gengis to do away with Keaton. But Gengis is playing a double game, so he tells the boss he has killed Keaton while, at the same time, he is passing on to Keaton all the precious information and proof to corner and trap the boss with all his gang.