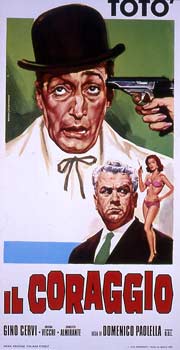 A rich manager saved a man from drowning in the river but the latter, instead of thanking him, moved in his house with his numerous family! Actually, the intruder was not as bad as it seemed... He saved the manager from an all too interested lover, helped him win an auction that restored the company's finances, and discovered his secretary's illegal agreements with competing firms! His gratitude was at first very peculiar, but turned out to be more fruitful than the manager would have ever expected!!