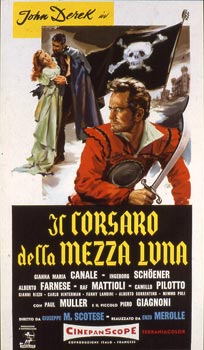 Paolo di Monteroso, descendant of a noble family, decides to vindicate the destruction of his family by Ugo Van Berg who is now Captain of the guards in the palace of a baron. Paolo, disguised as Nadir, a Saracen pirate, attacks the castle and demands that the king's sister, a guest in the castle be given him as hostage. Unable to permit such a thing, the baron makes his niece. Angela, disguise as the king's sister and be taken hostage. Once on board the pirates' ship she learns the truth. A duel between Paolo alias Nadir and the captain takes place. Paolo wins gaining the favor of the king and Angela's heart.