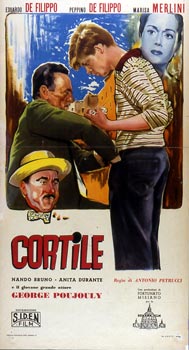 Nando, 13, escapes from reform school, where he had been imprisoned for a previous theft. He organizes a gang of youngsters, while the police are looking for him, and meets Mr. Luigi who takes him in believing him an honest boy. But when there is a theft at Misses Gertrude's, the blame is put on Nando. Only this time the boy is innocent, so he sets out to find the real culprit but is wounded in a fight with him. Sent to hospital, Nando meets his mother, after so long, and becomes once again just a little boy.