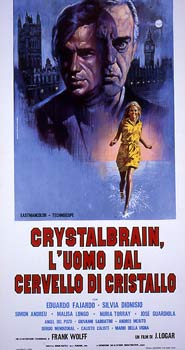 Clifton, a distinguished judge at the English Court, gets hit by a brain tumor. After a brilliant operation by which the brain of a young Sicilian is transplanted into him, Clifton takes on the personality and mentality of the man: he leaves for Sicily, where he tries to make Mirella, the man's wife-to-be, recognize him. Naturally, the whole environment is alien to Clifton and, discovering the hard reality, he looses his mind. If his doctor, who had followed him secretely, would not have been there...