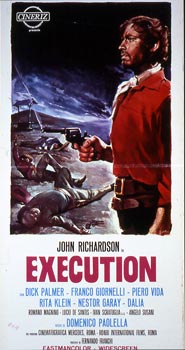 After many years in a state prison, Chips is freed. He has only one thought in his head: to track down a man, dead or alive, who is worth $ 20,000. His name is John Coler and he is greedy for gold, so much so that he doesn't want to share it even with those who have helped him to steal it. Chips has a warrant of arrest which would permit him to catch Coler. But he isn't the only one interested in Coler. Among others there are Bill and Sancho who manage to steal the valuable documents from Chips, although he gets them back later on. The search is long and dramatic, but Chips manages to find the hideout. The meeting between the two ex-friends is dramatic and, during a fight, John's twin brother Bill intervenes and Chips loses his life. The brothers share the gold but various things happen and John lands up in prison to pay his debt with justice. In the end Bill, to save John from hanging, is obliged to hand over the gold.