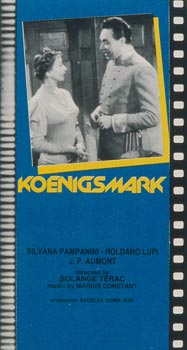 Aurora, the Grand Duchess of Luxemburg, marries Federico, the brother of her deceased husband, for political reasons. She, however, loves Vignertè, the French tutor of the little Prince. Vignertè discovers the skeleton of the Gran Duke hidden in a secret cell in the palace thus revealing that he had not died in Africa as everyone believed, but was murdered by Federico in his quest to reach the throne. The outbreak of the war brings an end to Aurora's and Vignertè's love: she leads him to the frontier to prevent his arrest but refuses to follow him.