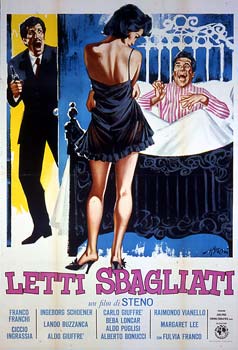 A great cast of Italian comic actors for four amusing episodes about sex, marriage and adultery... While discussing the possibility of flirting during trips, a man is seduced by a beautiful traveller. A man's adultery plans do not work out but favor the meeting of his wife with an handsome boy. A lawyer falls in love with the girl who sued his client. Ciccio, convinced of his first wife's honesty, receives a letter with 10 years of delay... that proved her affair with his hated relative Franco!