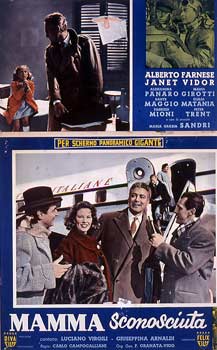 Mara never told her husband Aldo - a famous singer - that her first husband and child died at war... and when blackmailed by him, apparently alive, she is accused of having an affair and is kicked out of the house! At the appointment for the exchange of her daughter against a diamond necklace, Mara would have been killed... if it had not been for Aldo's brave intervention!! The criminal dies while trying to flee, and the woman can finally embrace her refound child and her beloved husband