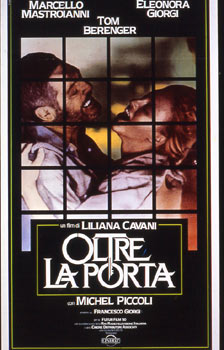 The complicated plot is developed around the character of Nina, a girl belonging to an Italian family that has emigrated to Morocco. Her stepfather, Enrico, is in jail since he's been accused of the murder of Nina's mother. In the end, it will turn out that the mother has killed herself when she found out that her husband was Nina's lover. Nina, who knows the truth, keeps her stepfather in jail to keep him under her complete control. To this end, she sends him a lot of money to make his life in prison bearable; she also keeps her grandmother segregated in a villa to avoid that she asks for mercy for Enrico, with the help of a servant, Sarah, who is hiding the fact that she is a leper. Nina earns the money she needs organizing tours for tourists where drugs and easy sex abound. A young American, Matthew, falls in love with her; he manages to organize a meeting betwen the grandmother and Enrico, who is eventually freed. Matthew and Nina get married and move to Italy. But Enrico joins them, and the girl, who is still morbidly attached to her stepfather, leaves Matthew and takes off with Enrico