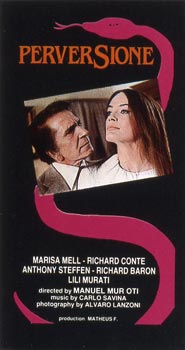 A very rich boy, Marco, who lives with his father, Don Alessandro, in Villa Flor, is halfmad and becomes dumb after his mother's tragic death. Don Alessandro advertises for a governess, and when the seductive Gina applies for the post, she is taken on immediately. In no time at all the young and elegant Gina masters Marco's unruliness and she so enchants Don Alessandro that he asks her to marry him. However, the governess, who is for the moment separated from her husband, is in fact Elizabeth, a robber of international reknown with several convictions to her name. Her greed pushes her to commit a double crime; she kills her husband so she can marry Don Alessandro and then she kills him so she can take possession of his estate. When Marco's step-brother turns up at Villa Flor as executor of Don Alessandro's will and Marco's guardian, Marco kills him and then shuts himself and the governess away in the Villa where they eventually die