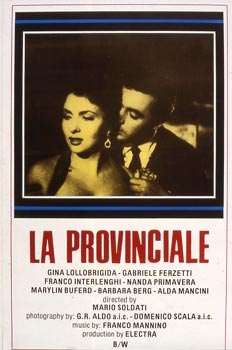 Gemma is the wife of prof. Vagnuzzi. With them lives an elderly Romanian Countess whom Gemma had taken in as a friend but who reveals herself as being a mean and catty woman. The Countess introduces Gemma to a friend of hers and instigates her husband so that she can blackmail her. Gemma is in despair. She leaves her lover and devotes herself to her husband, but to no avail, the threats continue. One day, Vagnuzzi tells Gemma that he has been transferred to Rome for work. Gemma at last hopes to get rid of the Romanian, but the Countess declares that she will follow them there as well. Blind with fury, Gemma seizes a knife and tries to murder the old woman. But Vagnuzzi now suspects something and questions Gemma. Preferring to lose her husband rather than going on living the life she has lived so far, Gemma confesses everything. Vagnuzzi is full of understanding and with this admission the Countess no longer has any power over them