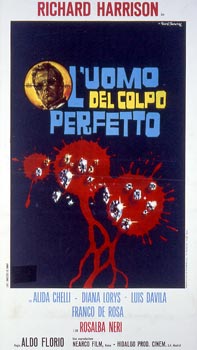 A great quantity of gems are stolen on their way form Beirut to Amsterdam. The job of solving the case is assigned to detective Steve Norton, who flies to Lebanon to investigate on the death of a diamond-dealer, Van der Oven. He discovers that the man hasn't killed himself as everybody stated, but had been eliminated by his french colleogue, Dupuis, since the victim had discovered his involvement in the jewel theft. Norton follows Dupuis to Malaga and here he discovers that the diamonds are in the hands of Gustav, apparently Dupuis' butler, but in reality the head of the gang. Norton succeeds in defeating the bandits and in recovering the jewels. A perfect plan