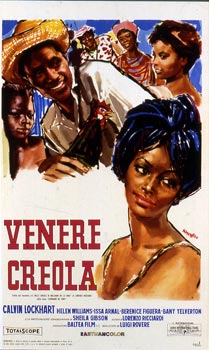 Two small caribbean islands are linked by a history of rivalry which peaks on the day of the annual rooster fight. One of the towns, Cienfuegos, has been the loser for the last few years, but Melchior breeds a rooster everyone is sure will win. Unfortunately, the rooster dies due to Melchior's neglilence. A collection is made and Melchior is sent with Dolores to Trinidad to buy a new rooster, but in the gaiety of the carnival Melchior loses his head. He steals the money from Dolores and goes island-hopping throughout the Caribbean until he is finally arrested and sent back to Cienfuegos where he is given a new bird to train. The apparently mediocre bird wins, but Melchior will never know since he takes off before the end of the fight too afraid to face a possible defeat