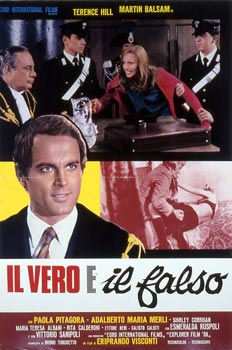 In a moment of blind fury Luisa Santini kills Norma Zeitzler, her husband's mistress. Lucia's trial is conducted in a hurried, unconvincing manner and, before she and her lawyer can fully grasp what is going on, she is convicted and sent to prison, to be released three years before time. She locates her husband and finds that he is living with the same mistress, Norma Zeitzler, the woman for whose murder she was sent to prison. In a rage resulting from the injustice and frustation that has been her lot, she kills Norma, this time for real! The truth revealed at Luisa's second trial is that the first murder victim was a German woman who was blackmailing Luisa's husband. It is also exposed that the husband had organized the original blunder in order to get rid of Luisa and the blackmailer at the same time. The tragedy of this well-constructed drama is that the hurt wife, driven to madness by mistreatment, must again be condemned to the agony of imprisonment. An intriguing film full of suspence