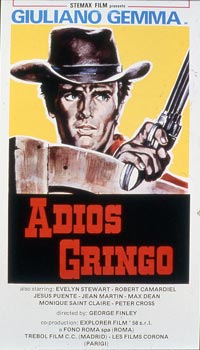 Brent Landers has been obliged to kill in self-defence. During his flight he meets a girl, Lucy, half-dead and abandoned by bandits in the desert. One day, Lucy recognizes the three men who have tortured her, but Brent cannot have them arrested because the sheriff won't believe him, also Brent has a reward of 5,000 dollars on his head. At the end, as things turn out, the sheriff believes Brent to be innocent. The bandits are captured or killed and Brent goes off with Lucy.