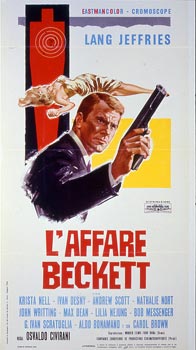 Rod Cooper, an American CIA agent, is sent to Paris to discover if Colonel Segura, head of a clandestine organisation claiming to be anti-Castro, is double-crossing the United States. First he tries to get in touch with Mrs. Beckett, who he hopes will be able to reveal Segura's intentions, but the woman is found dead. Then Rogerson, another American, introduces Cooper to Segura himself enabling Rod to infiltrate his organisation. Here he discovers that the Colonel wants to employ a certain number of Americans to assassinate the President of some South-American country, and thus promote the expansion of communism. Segura soon discovers Rod's real identity and tries to get rid of him, but the undercover agent is too clever for him and he is killed in the attempt.