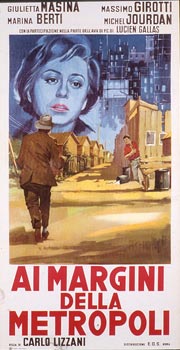 Mario Ilari is accused of having murdered his girl-friend. He is arrested, but manages to escape and he goes to hide at Gina's. However, he is caught and is arrested again. At this point, Luisa, a friend of Gina's, begs the lawyer, Roberto Marini, to take on Ilari's defence; Marini accepts with the conviction that this case will do a lot for his reputation. The situation of the accused is somewhat critical. A witness, Calì, an old tramp, had seen him on the scene of the murder in the very hour the crime was committed. Ilari pleads innocent and his alibi is Greta. Marini decides to call Calì as a witness, but before he can do so the tramp kills himself. Things take a good turn for Ilari when Greta's dead body is found. She had in fact been missing, and it is discovered that her killer was keeping her in hiding so she would not tell the police that it was in fact he who had committed the murder for which Ilari was arrested. Ilari can now live in peace with Gina whom he had married during his arrest and the lawyer and Luisa admit to their mutual love.