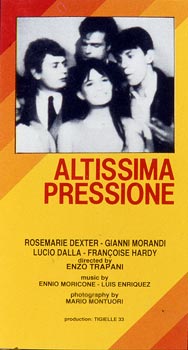 Robert, an aspiring singer-songwriter, manages, together with a group of friends, to persuade one of their fathers to open up a night-club. Everyone helps to do it up and they call it the "Caciotta club". Meanwhile, Robert meets a girl called Serenella at a show. Serenella's father is a very influential man with a lot of interesting contacts for Robert and so, even though he is engaged to Lia, Robert decides to cultivate his new friendship in the interests of his career. Sure enough, thanks to Serenella, the young singer gets his first audition and manages to make his first record. However, carried away by his success, Robert forgets Lia, who heart-broken disappears from the scene determined that her life is not longer worth living. Luckily though, her younger sister raises the alarm and the group from the "Caciotta Club" rush off to find her. She is found thanks to Robert's new song which is playing on the radio all over the city.