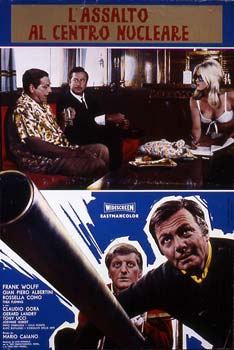 Lefevre is a professional thief engaged by a mysterious man to steal a powerful military weapon. One of his accomplices is supposed to keep Talbot, the engineer, busy. Unfortunately, that same night the engineer's wife had planned to kill her husband, attracting the police's attention on the case. Even Talbot, who was organizing the theft on his own, is arrested. Lefevre and his accomplices are safe, but thinking that the million dollars gained were fakes... They throw the money away!