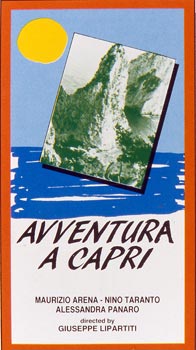 Renato and Mario, in search of romance, go to Capri. Mario finds himself competing with a penniless Baron Vanvutelli for the favours of Yvonne, whom the Baron thinks very rich, but who is in fact just a student. In the meantime, Renato meets Sandra, but his hopes for the evening are shattered when Sandra has to take part in a fashion parade. Mario gives up on Yvonne and starts lavishing his attentions on an older woman, but nevertheless he still cannot bear to see the Baron's mercenary advances nor Yvonne's delighted response (to make Mario jealous). It all looks as though the weekend is going to draw to an unsatisfactory close... or does it? Sandra misses the appointment to see Renato off. However, with the Baron's help she manages to get to the station of Naples before the ferryboat and give Renato a surprise send-off. As for Mario, he settles his differences with Yvonne on the boat and there is a romantic farewell scene. As for the Baron, he turns his eye towards someone more his own age, Sandra's mother.