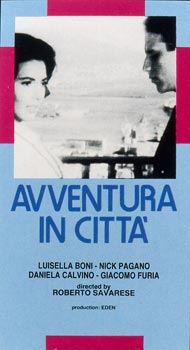 Pietro is the errand boy for a gang of thieves. Sent to get the plans for a robbery, he mistakenly exchanges briefcases with Mariuccia, a high-school student. While trying to retrieve the plans, Pietro falls in love with Mariuccia. But gun-moll Wanda, mistress of the gang-leader Enrico, wants the boy for herself. Pietro and Mariuccia are kidnapped by the gang and thrown into a cellar tied hand and foot. One of the gang, however, fearing a possible murder charge, frees them. Mariuccia warns the police of the impeding theft. The gang is arrested and Enrico dies in the ensuing gunfight. Pietro and Mariuccia, now freed from all threats, can look forward to the future with confidence.