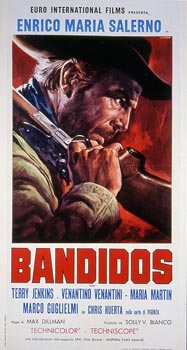 A band of outlaws attacks a train. Martin, a sharp-shooter from a circus, tries to resist, but the gang-leader is faster and disarms him. Instead of killing Martin, the outlaw prefers to smash up his hands. Martin starts teaching his trade to others; one of his pupils is Ricky Shot, an escaped prisoner very interested in the train incident. Martin believes Ricky wants to vindicate him, instead Ricky needs the outlaw to testify that he was not one of the attackers on the train, but only a passenger. Martin decides to face the outlaw himself, but the latter is faster again and kills Martin. Ricky learns of Martin's death and does not hesitate to confront and kill the outlaw.