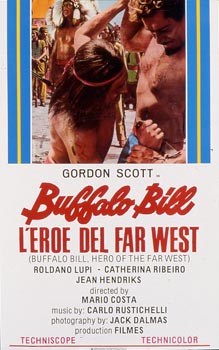 Colonel William Cody, alias Buffalo Bill, intends to put an end to the dishonest relations between a gang of white swindlers and the Indian Yellow Hand. So he goes to the chief of Yellow Hand's tribe, Wise Fox, and tries to convince him to sign a peace treaty with the Federal troops. In order to avoid this, Yellow Hand abducts Wise Fox's daughter, pretending that the soldiers have done it. The plan succeeds and a conflict arises between the Indians and the soldiers. Peace is restored thanks to Buffalo Bill who defeats Yellow Hand in a savage one-to-one fight.