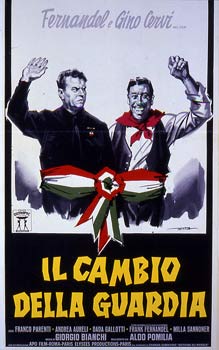 World War II- The Americans are approaching and a political agreement for the rule of the town is sabotaged by Crippa, a fascist fanatic. Crippa, interrupting a wedding between members of the two clans, arrives with a group of extremists to restore "his" order... That same night he is found dead and the two suspected families have a hard time hiding his body...Voices speak of a large sum of money missing from Crippa's house - and just as a suspect is taken to prison - the Americans arrive to liberate the town...