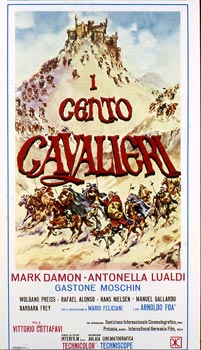 A group of moorish warriors feign a peaceful visit to a small castillian town during a truce in the war between the Moors and the Christians. They are greeted with courtesy by the townsfolk and the governor, but the Moors soon reveal their true intentions and try to take charge of the town. The governor is killed. The townsfolk plan an uprising under the guidance of Don Gonzalo who is assisted by a friar experienced in military actions. Together they guide the peasants to victory and drive the Moors away. Sancha and Fernando, two young lovers who had been separated by the war, can finally marry when peace returns to their town.