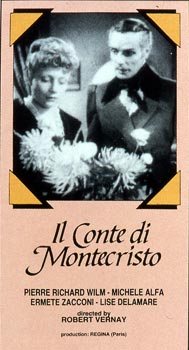 The young Edmond Dantes is appointed Captain of the Guards and he is about to marry the beautiful Mercedes, but he is suddenly arrested and thrown into prison as a result of a shady conspiracy brought about behind his back by evil persons. He is not even given the opportunity to prove his innocence. He gets to know Abbot Faria, a wise old man, imprisoned for political motives who, nearing death, helps young Edmond to plan an escape. Following the old man's instructions, Edmond flees to the island of Montecristo, where he finds a fabulous treasure, hidden there for many years. Free and wealthy, he becomes a civilian; in disguise, he manages to have his revenge on those responsible for his imprisonment.