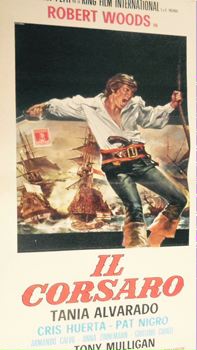 After having lost his own, the American buccaneer Jeffrey Brook captures a French ship in order to continue his raids. He arrives at St. Justin, an English island which has been taken over by the Portuguese, and decides to help the former governor, Jackson, to close them away. Obviously, Brook is only interested in the gold hidden in the fortress. They carry out their plan succesfully and Brook sails away in search of new adventures.