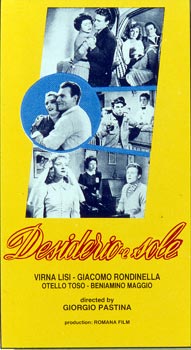 Laura is a wealthy teenager whose parents have both died. She loves Luciano, but her aunt and guardian disapproves because he is poor. Luciano loses his job and must go to England to find a new one. He promises to marry Laura when he returns. A girl he's met in England falls in love with him and intercepts the letters he and Laura exchange. Worried over his silence, Laura goes to England and discovers his "betrayal". She returns to Naples and marries a count who soon squanders her money. Unable to convince Laura to sell an estate, the count locks her and her aunt-guardian in a closet guarded by a brute. The brute argues and kills the count and turns on Laura, but Luciano shows up just in time with the police.