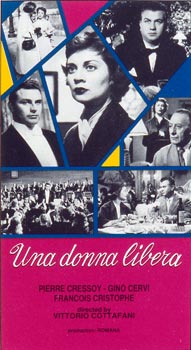 Liana dreams of living a free and independent life so she breaks her engagement to Fernando and takes off with Villabruna, a musician, ignoring her parents' pleas. After spending a few days together in Amalfi, they separate. She goes on to Paris but finds that life is not so easy. She marries a rich man, but soon leaves him. Then she meets Villabruna again but realizes that he is a womanizer. When she learns that her sister is having a relationship with Villabruna outraged she confronts him. His mocking and ironic attitude exasperate her; she kills him then goes to the police.