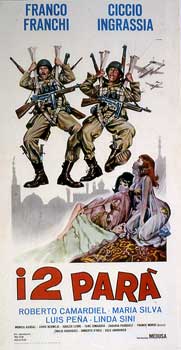 Two comic actors, Franco and Ciccio, trying to emigrate to the USA board the wrong ship and end up in South America... In a politically unstable country, they are jailed but soon freed by a group of American parachuters, arrived to restore law and order. Assigned an easy task, the two comic actors create such a confusion and so many misunderstandings that they find themselves at the head of a small state! Soon captured and after having escaped hanging, our two clumsy heroes are boarded on an American plane heading for... Vietnam!