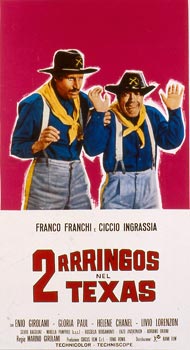 Franco is tricked by Ciccio, a sergeant, and enrolled by force in the Southern Army. While saddling a horse, the horse tells him to warn the commander of an ambush. The commander jails him when he learns that the information comes from a horse, but he indeed loses half of his men in the ambush. The commander sends Ciccio after Franco whom the horse had liberated in the meantime. Then the horse convinces Ciccio to join them and together they go through a series of adventures and hilarious situations. Each time they are saved by the talking horse.