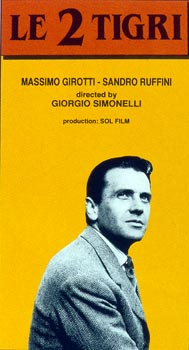 In Asia, the chief of the "Thug" clan has the small daughter of a young Hindu kidnapped for vengeance and enclosed in a temple where she is to become priestess to the goddess Kali. In despair, the Hindu seeks the help of the "Tiger of Malaysia", a very powerful and influential Rajah who assists him by sending his men to track down the "Thugs" and the mysterious temple. The hunt takes place in the Malaysian jungle and, after various adventures and dramatic incidents, the temple is located, the "Thugs" defeated in a violent battle and the beautiful little Hindu girl freed.