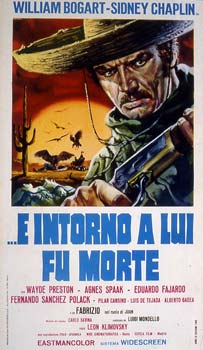 Forced to abandon their land that was sold to the United States, a group of Mexicans turns into bandits. Their leader, Rojas, with the help of Trevor organizes a big robbery. But, caught by the sheriff, he is condemned to 20 years of prison. Threatening to torture Rojas' son, Trevor learns where the money is hidden, not realizing that Rojas' revenge would be so ruthless... Trevor is killed and Rojas, seriously wounded, will die in the arms of his beloved son abandoned 20 years before!