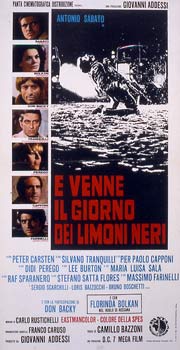 Mafia member Rosario Inzulia returns to Sicily after eight years spent in an American jail. His wife had died in a car accident and he decides to leave the "association". A woman will reveal to him that his wife had been murdered and puts him in contact with Carmelo to organize an antimafia counterattack... It is a hopeless task and Rosario decides to put on paper all he knows to nail down his enemies. Unfortunately, the mafia is something a man alone can never stop... The police will never read his diary...