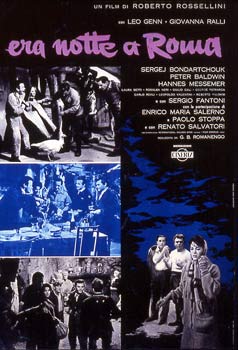 1943: Three officers, an Englishman, an American and a Russian, escape from a camp. They get shelter in a convent, later in a roman attic. Seeking contact with the partisans, and discovered by the germans, the Russian gets killed, while the other two have to flee again: they take refuge with prince Antoniani. The latter with the American later leaves to join the allies. Only the Englishman will succeed in obtaining revenge from the traitor... just as the population was rejoicing at the arrival of the allies.