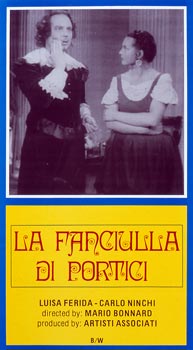 During the Spanish occupation of Naples, the people led by Tommaso Aiello - known as "Masaniello" - plot against the Viceroy. The Viceroy's son, under another name, has a son from Masaniello's sister, but his father has already planned a marriage for him with a Spanish patrician against his wishes. Masaniello's sister and her child are abducted and closed in a convent but, on the day of the wedding, the Viceroy's son refuses to marry the Spanish lady and, after discovering the whereabouts of his loved one and child, he announces his intention of marrying Masianello's sister. At this point, the Viceroy is forced to abandon his plans and he declares Masaniello captain of the people.