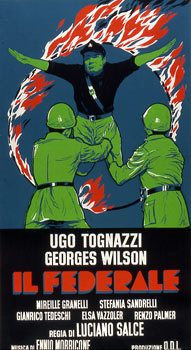 Rome is occupied by the Nazis and the fascist activist Arcovazzi is taking the dissident philosopher Bonafèto the capital. The arrest was easy but the journey presents several dangers... Arrived at the outskirts of Rome, Arcovazzi, not knowing that Rome has been occupied by the allies in the meantime, wears a federal uniform found on the road... Almost beaten to death, he is saved by his "prisoner": the bitterness of war can at times be a reason for reconciliation between two men so culturally and politically distant!