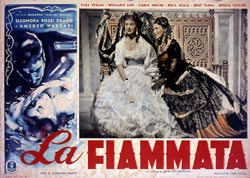 1870 - Count and Countess Stettin are giving a reception. A war is about to start and Colonel Felt and Minister Beaucort are discussing military fortification plans... While the Minister is trying to seduce Monica Felt, Banker Glogan is attempting to induce the Colonel to high treason... His military honor offended, Felt kills Glogan, an infiltrated enemy agent! Politically influent men and insatiable wives for an intricate and breath-taking plot of private and public wars...