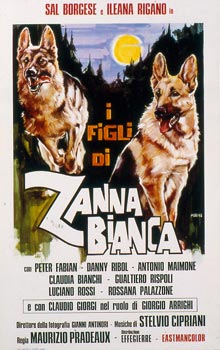 Giorgio, son of Paolo, an industrialist, has split up with his wife Luisa, despite the birth of Loretta. He therefore leaves with Greta for a holiday; Paolo is furious and decides to exclude his son from inheritance. Meanwhile, Loretta is kidnapped and a million dollar ransom is asked for her return. Paolo prepares to pay, while Buck, Loretta's devoted dog, sets off on her track. He soon finds Loretta in a deserted chalet and, with the help of a doggy friend, he attempts to bring the child home. Alberto Bollati, a journalist eager to make his first scoop, is also on Loretta's trail, with the result that he gets arrested and is held under suspicion. The day the ransom is to be paid by Schultz, it becomes clear that he has no intention of doing so, but is ready to escape with the loot! Just as Buck and his friend arrive with Loretta, Giorgio and Luisa are reconciled, Paolo forgives his son and poor Alberto is taken on as Paolo's right hand man.