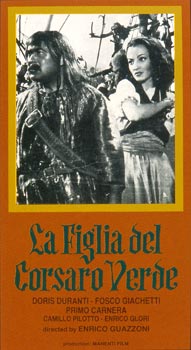 In the 17th century a South American colony is threatened by pirates. The son of the Governor, to be rehabilitated from a not too honest past, proposes to enter the pirates gang in order to enable them to findout their plot and then capture them. First he has to pass some daring tasks, which he does brilliantly, then he can be enlisted with them, but after a few days the pirates begin to have some suspects about him. He is accused of being a spy and is condemned to death; he is saved just in time by the daughter of the Green Pirate, interested in him and dazzled by his adventures. With her men, the girl fights against the pirates and sets the island free.