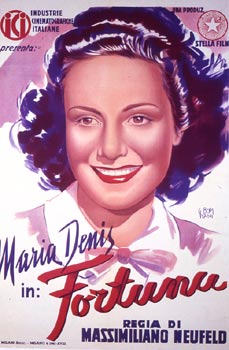 A young Hungarian nobleman, who's been hired by a newspaper in South America, is introduced to the daughter of his editor and falls in love with her. At first, the editor refuses to let him marry the girl, bu when he learns that the young man has inherited his uncle's fortune in Hungary, he eventually consents to the wedding. However, the so-called "fortune" turns out to consist of a handful of dollars and a ticket of the international lottery. Once again, the editor opposes the marriage. One of the colleagues of the Hungarian nobleman makes up the news that the lottery ticket has won the second prize and the editor is again willing to let the man marry his daughter. When the young man, however, finds out about the trick his colleague has played, he wants to leave, but his fiancée has decided to go with him. The editor of the paper informs the police of their elopement. After a long series of events, the two youngsters are caught, but at the same time the news come in that the ticket has won not the second, but as much as the first prize! The wedding can finally take place