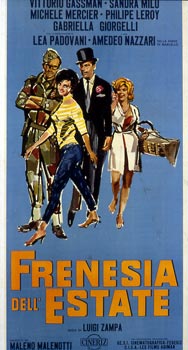 Summer frenzy is a madding and catching disease. It spares no one, young and old, beautiful and ugly, men and women all fall victim to its collective crazyness. During the three or four summer months various characters, such as Captain Nardoni, Marcello, Manolo, Selene, Gigi and others appear in various episodes that portray the fun-loving Italians living their summer follies and fantasies to the utmost, each putting on airs and acting the part of carefree millionaires before another monotonous winter returns to sweep away their dreams.