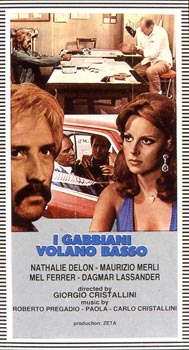 Jeff Jacobson, an ex-soldier in Vietman and deserter, is being blackmailed by an industrialist named Roberto Micheli, who bribes him into killing one of his partners Mauro Martini, and in turn will give Jeff the proof of his desertion and a false passport to return to the U.S.A. At the airport, Jeff panics when he sees the police, so he backsout quickly. Micheli is just in time to come to his aid and helps him escape, but his other partner, Calvi, takes advantage of the situation to have Micheli killed, thus leaving him the one and only owner of the whole industry. Jeff has witnessed the new crime and is frightened for his safety, so he takes refuge at Isabelle's while she gets him a new passport. Once again Jeff is at the airport, he calls Isabelle to thank her, but finds the police are there; worried that Isabelle is about to be incriminated, he lets Calvi's killer catch him and with his death pays for all the errors he has made.