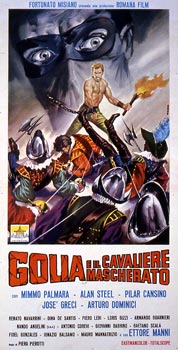 A story based on greed and hunger for power. Princess Bianca loves her cousin, Juan, but her father, Prince Don Francisco, has already promised her in marriage to Don Ramiro. Impatient to acquire power, Don Ramiro and his mercenaries attack the castle and kill Prince Don Francisco. He imprisons the Princess and throws Juan into a dungeon. He will release Juan only if the Princess will agree to marry him. Secretely, he plans to kill Juan anyway. When Juan's Gypsy friends hear about this, they attack, kill don Ramiro and release Bianca and her true love, Juan. This leads to their long-delayed marriage bringing peace and tranquility to their land.