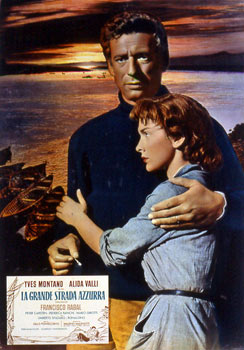 Yves Montand is the wealthiest fisher of the island, thanks to his illegal use of bombs: even the police commander, an old friend of his, has never caught him red-handed. When the other fishers organize a cooperative and a new policeman is named, "business" for Montand becomes more difficult... After several misadventures, hurt by his sons' disapproval, Yves is not paying enough attention to the bomb he is preparing and...