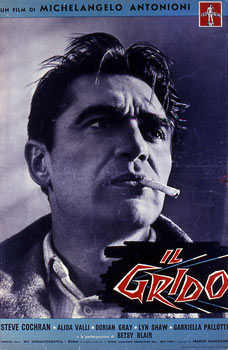 Aldo wants to marry Irma, the woman he was living with and who gave him a child, but she refuses because she is in love with another man! Aldo and the child abandon the house and, travelling in the region, he meets a lot of other women without finding love. Disgusted by his empty experiences, he returns to Irma's house... She is busy taking care of a child she has had from the man she married! Realizing that he is simply a memory of the past for her, and feeling lonely and unwanted, Aldo jumps off the tower of a local factory!