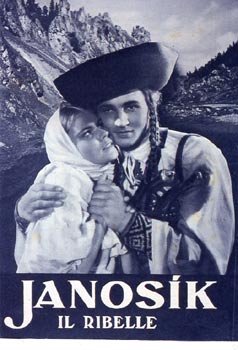 Czechoslovakia, first half of the 18th century: A young man stands up against the violence of the local nobles who are terrorizing the population. With some trustworthy companions, he hides in the mountains and from there he organizes raids against those tyrants and in favour of the rural population to whom he gives the things he has stolen during the raids. Once day, however, a gypsy betrays his plans and he is captured together with his friends. In the face of death, Janosik dances one last time the national dance of his country and then prefers to die rather than to accept the mercy of the tyrants he hates