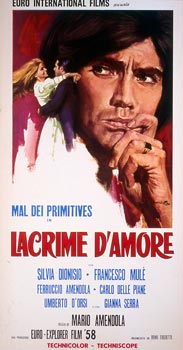 Reg is a young popular singer, newly-wed to Paola. However, he is under the direction and control of his scheming manager, Barbara Morris, and her husband, who are also involved in drug trafficking. They connive to keep the young couple apart and drive Reg to suspecting Paola of infidelity. In a moment of anger he quits his work and accepts a singing job in London. When he gets there, his bags are switched and he is arrested for carrying drugs. A trick perpetrated by Barbara and her husband. Luckily, the police quickly clear Reg and arrest the guilty couple. Paola's father comes to London to explain that she has always been in love with him. Reg is quick to realize the truth and flies back to his beloved Paola.